Thank you! Your submission has been received!
Oops! Something went wrong while submitting the form.
Book Now

top 10 things to do in  edinburgh

museums - galleries - visitor attactions
Learn more
Our hand-selected list of the best things to in Bruntsfield will guarantee a trip to remember, right in the heart of the Scottish capital.
The leafy district of Bruntsfield is absolutely brimming with independent stores, cafés and artisan retailers selling bespoke goods you won't find anywhere else.

Whilst staying at the Bruntsfield Hotel, you have a wealth of things to do right on your doorstep. Spend the day browsing the local gift shops and boutiques, go for a leisurely walk along the tree-lined paths of the Bruntsfield Links and Meadows Park or treat yourself to coffee & cake or a glass of beer or wine in one of the stylish local cafés and bars.

The Scottish National Gallery of Modern Art is home to Scotland’s outstanding collection of modern and contemporary art.

Modern One is housed in a neoclassical building, which was designed by William Burn in 1825. The lawn at the front of the building was landscaped to a design by Charles Jencks and is home to a fantastic sculpture park. Pig Rock Bothy is also on the Modern One grounds and was designed for a changing programme of performances, discussions, residencies and events.

Situated in the heart of Edinburgh, the Scottish National Gallery is home to one of the best collections of fine art in the world including masterpieces by Botticelli, Raphael, Titian, Rembrandt, Vermeer, Constable, Turner, Monet, Van Gogh and Gauguin, amongst many others. The most comprehensive part of the collection covers the history of Scottish painting – all the major names, including Ramsay, Raeburn, Wilkie and McTaggart, are represented.

The National Museum of Scotland is one of the Top 10 UK visitor attractions, and in the Top 20 of the most visited museums and galleries in the world.

Fresh from a £47 million redevelopment, the museum houses a spectacular array of over 20,000 fascinating artefacts.

The museums diverse collections will take you on a journey of discovery through the history of Scotland and around the world, taking in the wonders of nature, art, design and fashion and science and technology – all under one roof.

There isn’t anything more diverse or fascinating than the weird and wonderful world we live in, which is what you’ll discover at Dynamic Earth.

The top visitor attraction in Edinburgh will take you on a journey that spans time to witness the story of planet earth. In this interactive tour feel the heat of a bubbling volcano and the chill of the polar ice on your fingertips before crash landing in the tropical rainforest and coming face to face with dinosaurs!

If that’s not enough for you Scotland’s only 360-degree full dome film theatre will take you deep inside nature with an all-encompassing visual movie experience. Once you’ve recovered from your global trek children can enjoy the soft play and natural selection gift shop.

Experience the history of the planet in one afternoon!

Visit the Palace of Holyroodhouse, Her Majesty The Queen's official residence in Scotland. Standing at the end of Edinburgh's historic Royal Mile, this fine palace is the home of Scottish royal history.

Visitors can explore 14 magnificent historic and State Apartments, the romantic ruins of the 12th-century Holyrood Abbey and remarkable royal gardens, all with a complimentary audio tour. Best known as the home of Mary, Queen of Scots, the Palace was the setting for many dramatic episodes in her short reign. Today, the State Apartments are used regularly by The Queen for State ceremonies and official entertaining.

The Queen's Gallery at the Palace of Holyroodhouse hosts a programme of changing exhibitions from the Royal Collection.

The Scotch Whisky Experience is a five star visitor attraction at the top of Edinburgh's Royal Mile, inspiring visitors to Edinburgh about the joys of Scotch whisky for over 25 years.

Take a sensational journey through a replica distillery, before your expert guide imparts the secrets of the Whisky regions. Finally, you'll choose your perfect 'dram', and taste it in The World's Largest Whisky Collection.

Whether you take a tour, visit the shop or restaurant, or enjoy a tasting, a sensational experience is guaranteed.

Experience Scotland's best visitor attraction (VisitScotland). Follow in the footsteps of Royalty and explore this floating Royal residence with a fascinating audio tour of five decks (available in 27 different languages).

The Royal Yacht Britannia played host to some of the world’s most famous people, but above all was home for the British Royal Family for over 40 years. Now berthed in Leith, Edinburgh, you can discover the heart and soul of this most special of Royal residences.

You'll receive a truly warm welcome at Britannia's Visitor Centre in Ocean Terminal before you step aboard this famous ship. Learn about the history of Royal Yachts and view displays and historical photographs of Britannia's fascinating past.

Set in 82 acres of parkland, Edinburgh Zoo is Scotland’s wildest visitor attraction. Just a 10-minute journey out of the city centre by bus or car, it is home to over 1,000 rare and beautiful animals and the UK’s only giant pandas.

Visitors can get closer than ever before with the Sumatran tigers in their new enclosure – Tiger Tracks featuring a glass viewing tunnel as you come face to face with these beautiful animals. Or visit the world famous Penguin Parade and the world’s only Knighted penguin, Sir Nils Olav.

With plenty of children’s play areas, restaurants and picnic spots, Edinburgh Zoo makes for an ideal family day out.

Edinburgh Castle is a world famous icon of Scotland and part of the Old and New Towns of Edinburgh’s World Heritage Site.

It was recently voted top UK Heritage Attraction in the British Travel Awards and is Scotland’s number one paid-for tourist attraction.

This most famous of Scottish castles has a complex building history. The oldest part, St Margaret's Chapel, dates from the 12th century; the Great Hall was erected by James IV around 1510; the Half Moon Battery by the Regent Morton in the late 16th century; and the Scottish National War Memorial after the First World War.

The Cadies & Witchery Tours are the original Edinburgh ghost tour company. In the summer evenings they offer a gentle stroll through the Old Town of Edinburgh, with guide Alexander Clapperton (deceased) joined by a number of quirky local phantoms who tell hair-raising tales of plague, punishment and persecution.

This tour operates Thursdays, Saturdays and Sundays from August to mid-September and starts at approx. 7.00pm and lasts about 80 minutes. The tour company office on West Bow includes a fascinating shop of ghostly surprises and The William Burke Museum (a body snatcher!)

Beneath the City Chambers on the Royal Mile lies Edinburgh’s deepest secret, a warren of hidden streets where real people lived, worked and died between the 17th and the 19th centuries.

Back in the 1600’s, Mary King’s Close was at the heart of Edinburgh’s busiest and most vibrant streets, open to the skies and bustling with traders selling their wares to the Old Town’s residents. Why would this street find itself underground 400 years later?

For years, the hidden Closes of Old Town Edinburgh have been shrouded in myths and mysteries, with tales of ghosts and murders, and of plague victims being walled up and left to die. With a costumed character tour guide based on a one time resident, you will explore this underground site, hearing these fascinating stories.

The Bruntsfield Links and Meadows are the perfect place for a walk or short jog.

The Meadows is situated between the hotel and Edinburgh's old town and features several walkways, cafes and tennis courts 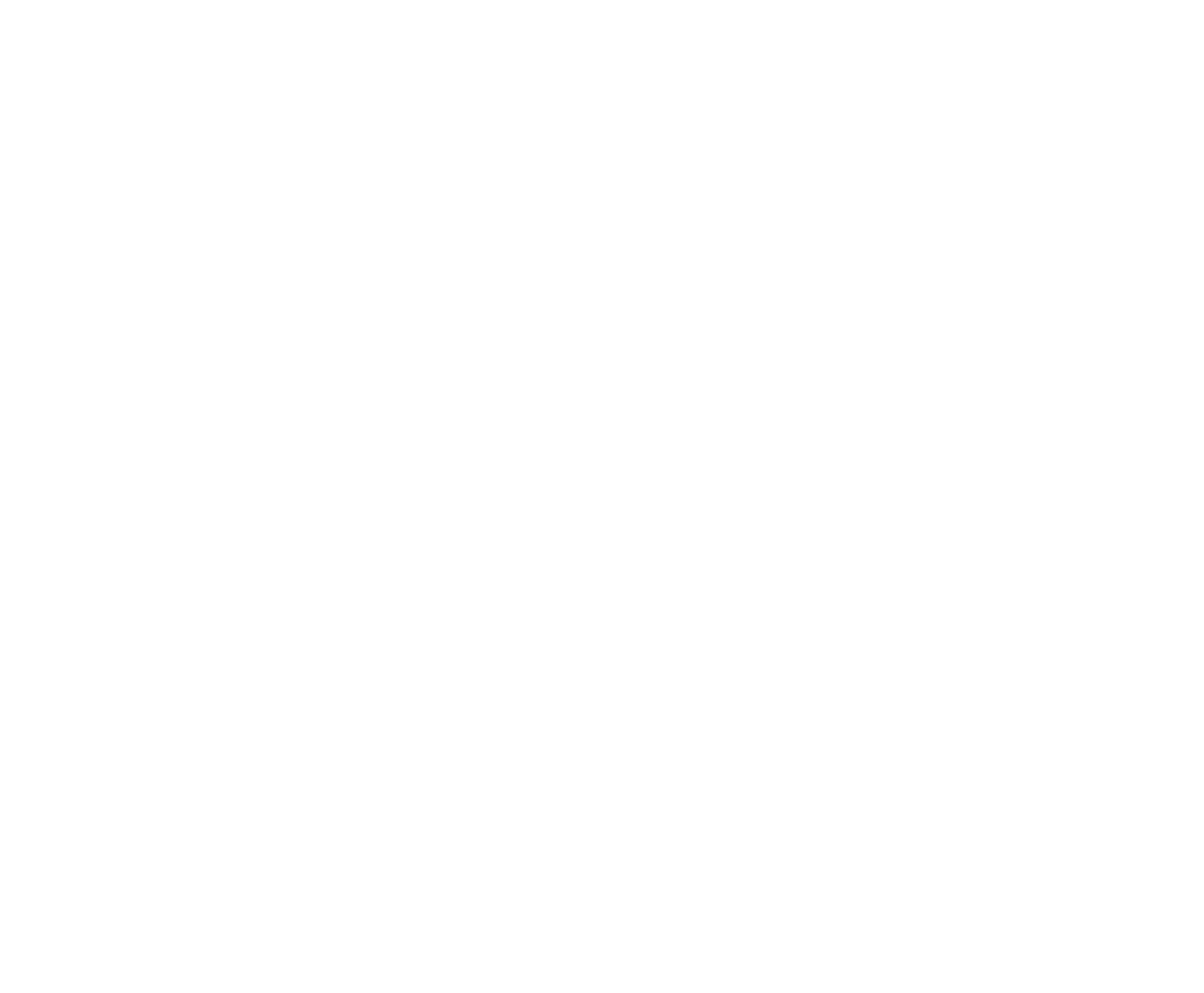 watching the world go by

Lovely cafes are never far away

Why not stop off at one the many cafes on your walk into the city centre?

receive the best deals
Thank you! Your submission has been received!
Oops! Something went wrong while submitting the form.
blog